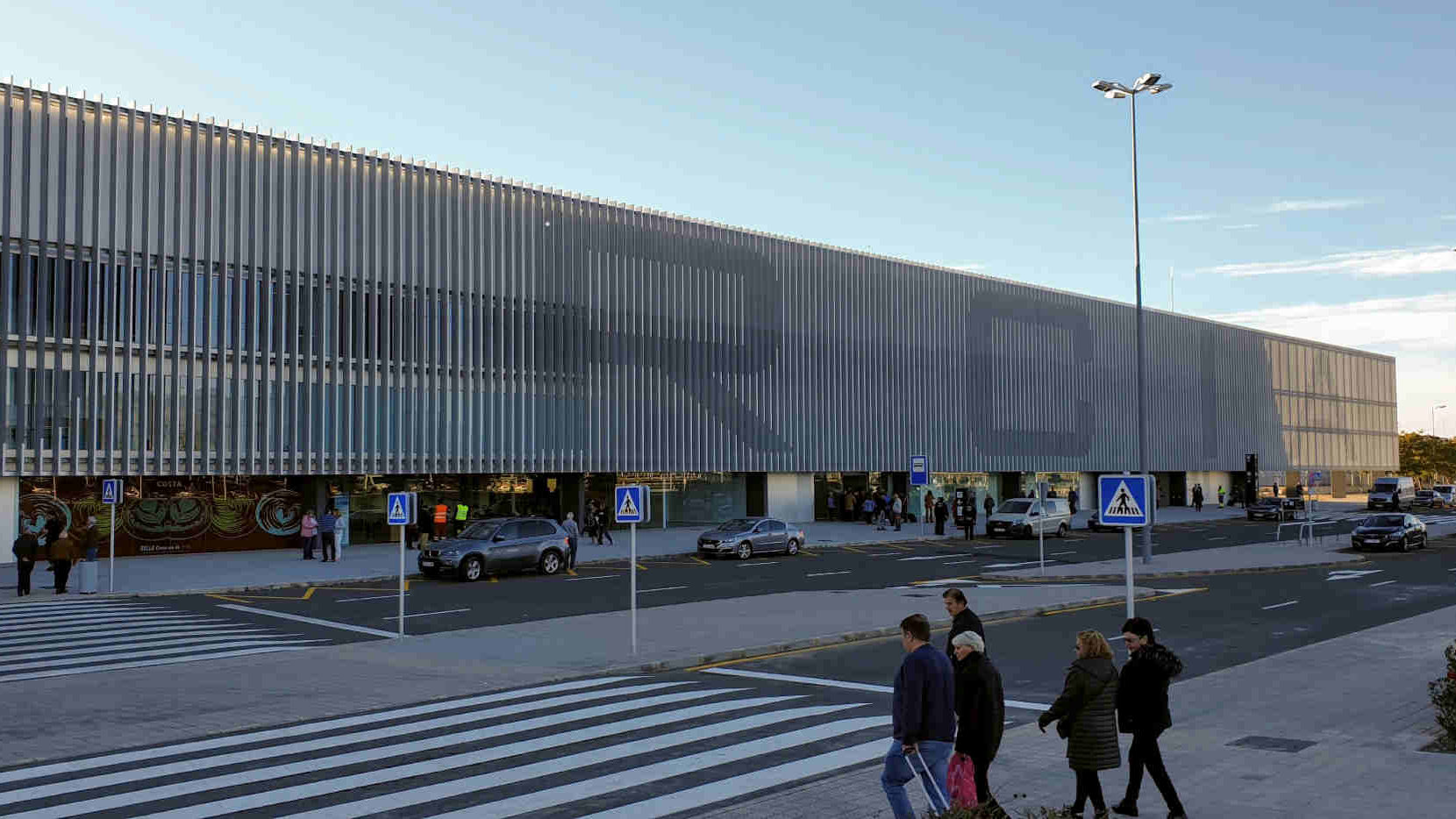 The terminal building extends over 37,000 square metres, and within the main hall there are 24 … END_OF_DOCUMENT_TOKEN_TO_BE_REPLACED

Watch our Video of the Airport

The long-awaited inauguration opened up the Murcia region to an extensive network of international flights and destinations after several years of administrative delays.

The airport had been under construction for five years, although the initial idea was on the drawing board for several years before building began, coinciding with a major increase in property construction in the Murcia region. In fact, according to Murcia’s regional president, the actual concept was mooted as early as the 1960s, when demands for an international airport in the south-eastern corner of Spain were first raised. So why in 2019? Murcia had been well served until then by Murcia San Javier Airport. Located on the Mar Menor, about an hour south of Alicante-Elche Airport, Murcia San Javier is limited for any increased civil aviation services because it is also a military base, and flight times and air and ground space are shared with military operations.

Paramount Theme Park had also previously confirmed it would open for business in 2015 (plans were subsequently shelved). With the massive increased volume of tourists this was expected to bring to the airport, a larger facility was required to accommodate potential new demands. Growing optimism for growth in the region was further highlighted with the announcement by La Torre Golf Resort Hotel that Hilton Hotels Group was taking it over and planned to re-open the hotel. (It is now known as the DoubleTree by Hilton La Torre Golf and Spa Resort.)

A larger international airport in the Murcia region was therefore essential, and the Corvera Airport Murcia project was devised to fulfil these needs.

Situated between the villages of Corvera, Los Martínez del Puerto and Valladolises, within Murcia municipality (Murcia doubles as both a region and a province with its capital city), Corvera Airport Murcia (officially known as “Aeropuerto Internacional Región de Murcia”) comprises a single passenger terminal (37,000 square metres) and one 5-23 runway (3,000 x 45 metres), and has capacity for three million passengers and 23,000 flight movements a year, although its eventual capacity can be boosted to five million passengers. The terminal is equipped with nine boarding gates (six for flights to non-Schengen countries and three for Schengen destinations), 25 check-in desks (including one for special baggage) and four baggage reclaim carousels (one for special luggage).

The airport has direct access to the A-30 highway between Murcia and Cartagena, and there are several public bus routes connecting the airport to its surrounding areas.

In July 2018, the national government announced that Madrid and Murcia would be connected by the AVE high-speed rail network in 2020, although those plans were subsequently re-scheduled to 2022. The travelling time to Murcia city will be three hours, and from Madrid to Cartagena, three and a half hours.

Ten leading airlines have been operating in and out of Corvera Airport Murcia since its inauguration (although their services have varied in accordance with the seasons, as well as changing COVID-19 regulatory circumstances and any new protocols implemented by the relevant national governments): Air Arabia (Morocco), Binter (Canarias), EasyJet, Jet2.com, Norwegian, Ryanair, Smartwings, TUI, Volotea and Vueling.

The airport is serviced with duty free stores, WH Smith outlets in both the public and passenger-only areas (for newspapers, magazines, books, snacks, electronics, toys, tobacco and travel accessories), and Costa Coffee and Subway establishments (food and drink). Bear in mind that some services and facilities may be temporarily closed or not fully available due to health and safety protocols in place during the "new normality" era.

The car park is conveniently located a few metres from the terminal, and it offers special prices for long stays when booking online.

The new airport facilities have been well-received by industry representatives.

Ian Doubtfire, managing director of Jet2, visited Corvera Airport Murcia before the inauguration and later said, “We are very impressed with the user-friendly airport facilities that have been built in Corvera and think it will be a very efficient airport when operational.”

In September 2012 the then president of the Murcia region, Ramón Luis Valcárcel, announced that Corvera Airport Murcia's infrastructure was "already finished" and operations could commence. They didn’t, as rumours circulated that there were outstanding issues ranging from runways being too short to money running out. According to various sources, there was also an issue with sharing air space with the military school based at the nearby Murcia San Javier Airport.

Fast-forward to 2015, and reports suggested that Corvera Airport Murcia would open in 2017. In May 2015 the Murcia regional government rescinded Aeromar’s airport management contract, but in June 2016 the region government's new president said he could not provide a date for when the airport would open, and media reports subsequently confirmed that this would not be possible that year. In the meantime, scepticism grew about Corvera Airport Murcia’s immediate future, as AENA (the national airport authority) continued to invest in Murcia San Javier Airport and open up new routes.

On 20 December 2017, the Spanish government officially awarded the airport management, operation and maintenance contract for Corvera to AENA SME S.A. San Javier would be closed and flights would be transferred to Murcia’s new international airport. In April 2018 it was officially confirmed that Corvera Airport Murcia was due to open on 15 January 2019 and, to the delight and relief of local authorities, businesses, residents and tourists travelling to the region, Corvera Airport Murcia finally opened its flight gates on that date. The first arrival was a Ryanair flight from East Midlands.

Face masks will no longer be required on public transport, including flights into Spain, from 7 February. Spanish health minister Carolina Darias has announced that the government will formally end the ban at its cabinet meeting on that date, bearing in mind the “current situation of COVID-19 epidemiological stability” and reports by experts and scientific… END_OF_DOCUMENT_TOKEN_TO_BE_REPLACED